We always love to hear stories from Zoggers who have lived out the ZogSports mission, like DeAna and Brendan. Check out the story in their own words featuring their baby Archie wearing his limited edition Zog swag. 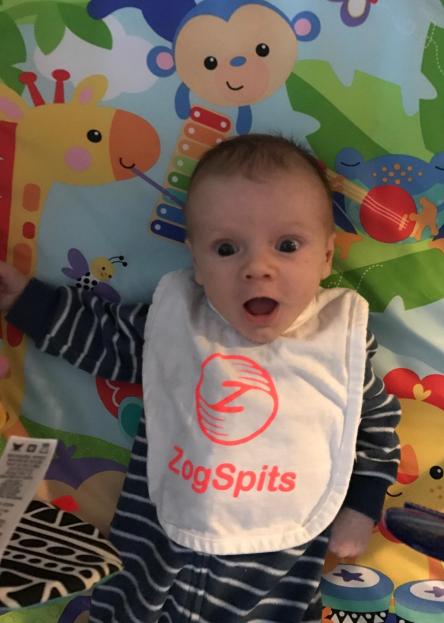 Archie with his Zog bib

I started playing ZogSports probably about 6 years ago or so just as a random addition to a team I knew one guy on from work. I enjoyed it but only played the one season with them. I was then asked by a different co-worker to join the team I am currently on about 4 years ago. When we started, about half the team worked with me and the rest were friends of the guy who created the team. I’m now the last one at the office but the team is still together. It’s a good way to stay in touch with these guys and we have all become friendly including the other friends who we didn’t work with.

I met DeAna at the post game bar One on One. We were playing on different teams in different divisions so we had the same color shirts and used that as some kind of cheesy opening line and it just went from there. We made plans to meet up at football and the bar again the following week and then went out after for my birthday.We chatted all afternoon/evening/night and then made plans for a date that following week. 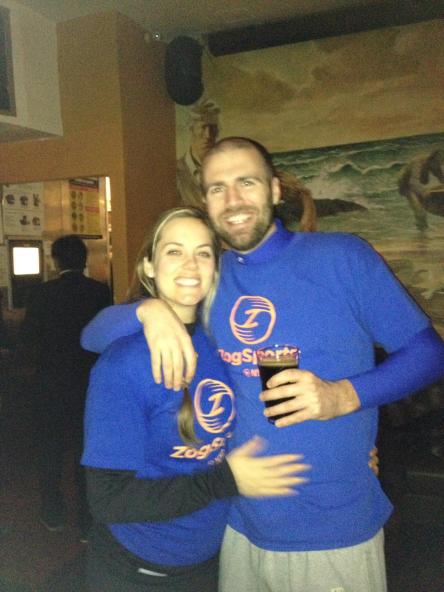 ZogSports obviously created our relationship. She moved to New York from LA about 6 months before we met and joined Zog as a way to make friends and stay active. It worked. It made it a great way to meet each other and then an easy way to hang out again in a more comfortable environment than that awkward first date right off the bat.

We ended up getting married in Los Angeles in February of 2015 with a number of DeAna’s Zog teammates making the trip for the wedding. We just had our first baby, Archie, on January 14 who made it a little tough for either of us to play football this year but I was able to make it to a couple games. We have continued to play both football and softball through Zog both as teammates and on separate teams.

Baby Archie in his ZogSports swag