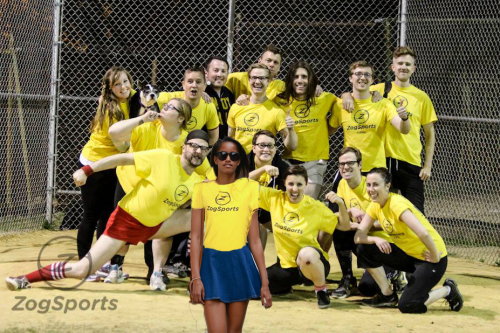 In case you missed it, Malia Obama was recently spotted at a party with college kids while scoping out Brown University.  Sources say she was taking shots and playing beer pong and it was supes casual, because why wouldn’t it be?  Because she’s the POTUS’ first born?  Because she brought her entourage of secret service personnel?  Psh!  Whateva, she does what she wants.

What sources DIDN’T tell you is that she, being the smart girl that she is, is simply practicing for her soon-to-be, long-lasting career as a loyal Zogger.  Yes, we know she’ll easily be able to land her dream job at the snap of a finger, but that doesn’t mean she’ll be able to show up her opposing kickball team in a post-game beer pong rally just as easily – that one’s gonna take some practice.  And we get it, Malia.  We totally get it.  She has high standards to live up to and everyone is going to EXPECT her to be good at everything – even beer pong.

So, keep practicing, Malia (although practice with water cups, because we don’t condone underage drinking), and on your 21st birthday, we want you to come show us your skills!  We are offering you a ZogSports season in any sport on us.  And if you want to get the whole family involved, remember we have ZogSports in DC!

And if YOU want to show off your beer pong skills, join a team with America’s most popular coed, social sports league!